Well, it is gone. My little Envoy has gone off to a new home in Niagara Falls.


It has been three years of a lot of laughs, good conversations, and memories of the fantastic freedom that a driver's license at age 16. 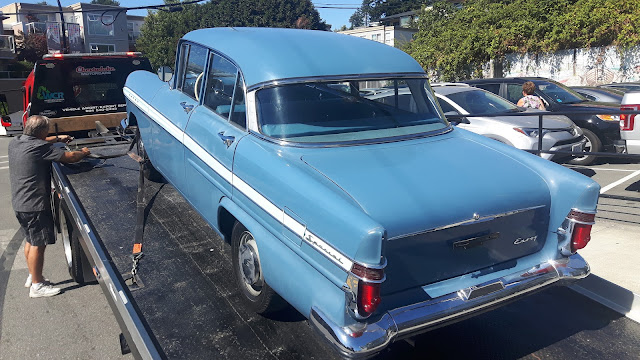 Posted by Burnt Orange at 8:39 AM No comments:

It is amazing what a couple of hours and some elbow grease can accomplish! 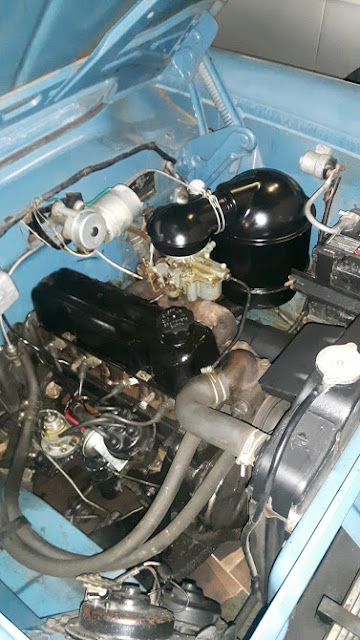 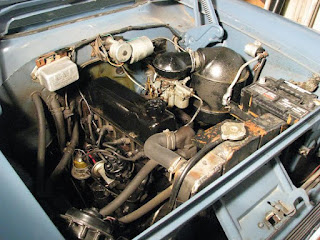 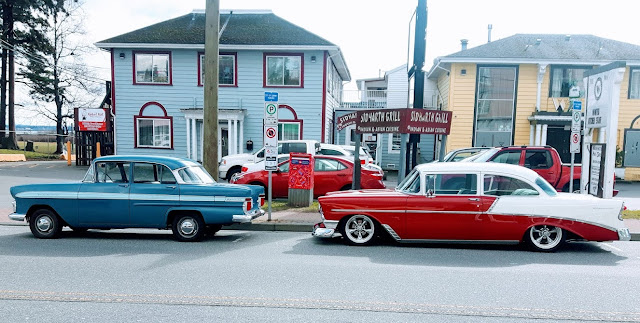 
Posted by Burnt Orange at 2:40 PM No comments:

Took Envoy to B.C. Classic and Custom Car Show at the Tradex today.
Lots of interest from people tired of all the big buck trailer queens inside! 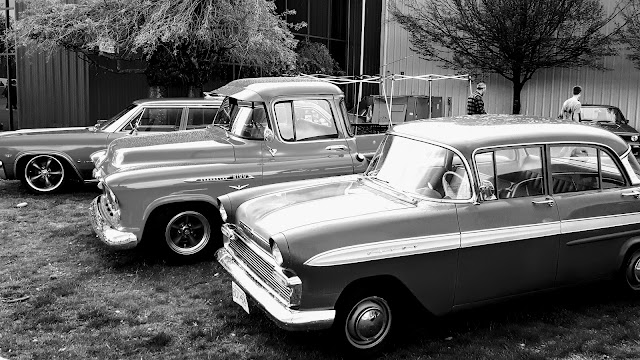 Real drivers at the show. 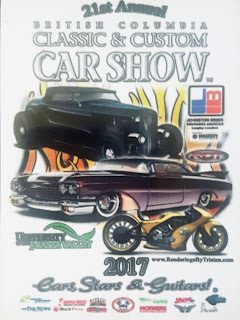 The Dash Plaque we got.

The mileage is up to 15,500 miles now.  Still going strong with no problems.  I love this little car.

Posted by Burnt Orange at 7:27 PM No comments:

It has been a while since I last posted.  I have driven a couple of thousand miles in this little fun-car, smiling the whole time! I have had to do a few more repairs:  A new master clutch cylinder was needed, and a few minor repair/maintenance issues have popped up, but nothing unexpected in a 56 year old car!  It is still a joy to drive. 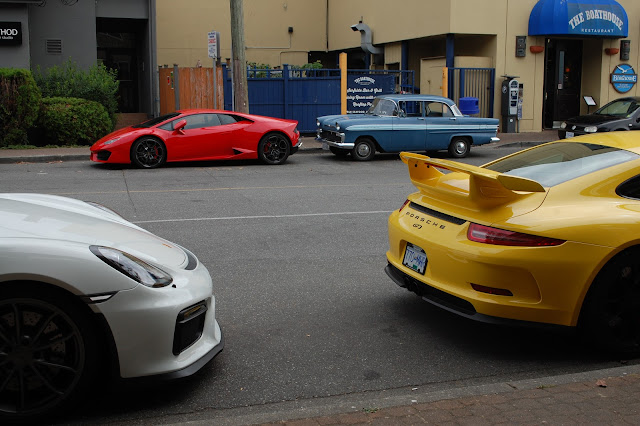 JUST HANGING AROUND WITH SOME FAST COMPANY 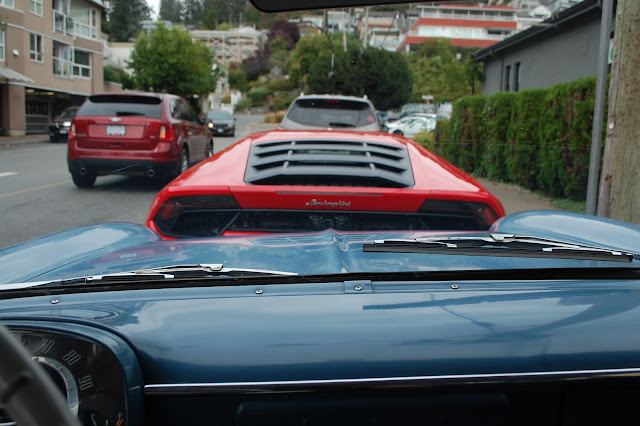 "GET OUTTA MY WAY"

Posted by Burnt Orange at 1:40 PM No comments:

Well, I have had fun. 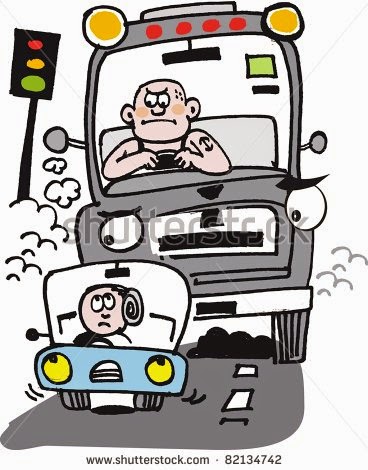 I love my little Envoy.  I have put about 300 miles (that is 500 km for you Millennials) on it since I got it.  They have been the most fun I have had driving a car in years!  I spend an inordinate amount of time grinning as I drive around. Granted, 55 Horsepower has forced a somewhat leisurely style of driving ............


This car is BASIC transportation.  I started a list of common automobile accessories and necessities it doesn't have.  The list of what it does have is much, much shorter:

A few more maintenance issues have cropped up.  The accelerator pump is not working, so I am going to have to address that.  I also found a period-correct outside rear-view mirror and a vintage windshield washer setup.  Neither of these require any modifications to the car and can be removed leaving no trace if I wish.  They will make driving a bit safer. I also installed carpeting in the front to replace the deteriorated original rubber floor mats.

It is here in all it's glory!


Well, after a Lonnnnnngggg wait, I finally got the car home.  It is all I expected and hoped for;
15888 original miles, no rust, perfect upholstery, "old car" smell, good paint, no dents or damage, all its parts.  It is perfect!

The shipping company, AutoRail Forwarders, suggested that the best and safest way to ship it was to have it picked up in an enclosed carrier in New Brunswick, driven to their freight yard in Montreal, loaded into an enclosed rail carrier and dropped off on Annacis Island in Delta. Simple, right?


The pickup in NB occurred with no problems, although a couple of days late, which resulted in missing the scheduled rail car in Montreal by a day.  That was the beginning of endless assurances, excuses, apologies, reasons and prevarications by the shipper. (notice I did not say "lies"?)

Shipper picked it up July 7, we picked it up September 6th. The car sat uncovered through an entire Montreal summer in some rail yard while the shipper built another load and kept telling me "no problem"..  It was secure, but that was the only good thing.


We picked it up and the Envoy started instantly, drove over the Alex Fraser Bridge with no problems, and arrived home without incident.  As it is nearly 55 years old and was running on it's original tires and brakes, it was a testament to Joan and George MacQuarrie, the previous owners.


The adventures started once I started the process of registering and insuring it:
An out-of-province vehicle has to go through a provincial safety inspection.
The inspection showed tires needed to be replaced and the front brakes needed rebuilding and the tailpipe needed replacing..
They don't make that sized tire anymore unless you import specialty tires from the US for BIG dollars, so I got the next closest size....much cheaper, relatively.
The cylinders on the front brakes needed rebuilding, but two of them were totally seized...impossible to fix, so rather than fight that particular battle, I had new ones sent from England.
The exhaust was a snap, no problems.

After the second inspection was passed, I went to finally get it registered and insured.  Hah!
Because it was an old car it only has a 7 digit serial number or VIN.  Well, The computers at ICBC cannot compute if they are not fed a 13 digit number. The poor insurance agent was totally stumped.........

He then called ICBC headquarters, where the problem-solver there checked BC databases, checked the New Brunswick databases, phoned someone in NB, (and was told that because the car hasn't been registered in NB for 10 years or so there are no records), talked to an ICBC supervisor who wanted copies of every piece of paper relating to the purchase of the car and my identification.
After all this he simply told the agent to do something like "push f9 and enter the short VIN, it will override the computer"  THAT took 30 seconds, the rest of the runaround took over an hour! 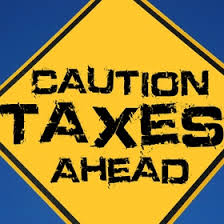 At last it was all mine, insured, running like a charm and is simply a hoot to drive!  I do notice though, that the steering wheel is MUCH closer to my stomach than it was when I was driving it in the 60's.  I guess Dad had moved the seat rails back a few inches or something!

A couple of days ago, Kendra and I set out in rush hour traffic to go down to White Rock to meet some friends for dinner.  We left our place, drove a couple of blocks and, realizing we forgot something, returned home.   drove in the driveway and the brake pedal went right to the floor!  It turns out the new tires, being a bit wider, had been rubbing on a brake line when the wheels were turned all the way.  God is looking out for me... I hate to think about driving on the freeway or through heavy traffic and have the brakes fail with no warning!

New hoses on the way from England.

I think this is like owning a boat: there is always something that needs fixing and it just needs money thrown at it.

By the way, I have a wonderful wife.
Posted by Burnt Orange at 9:01 PM No comments: 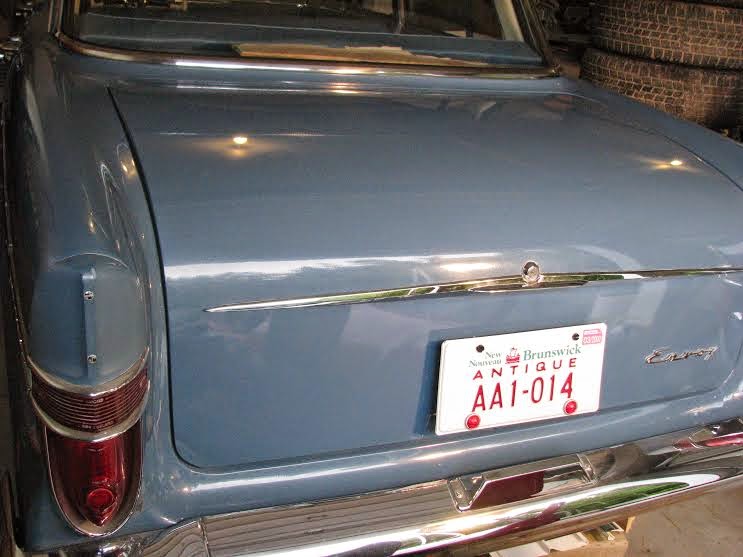 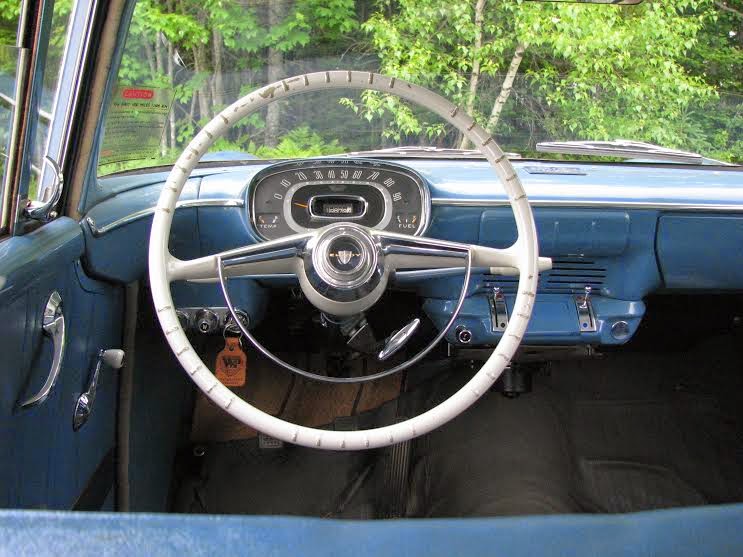 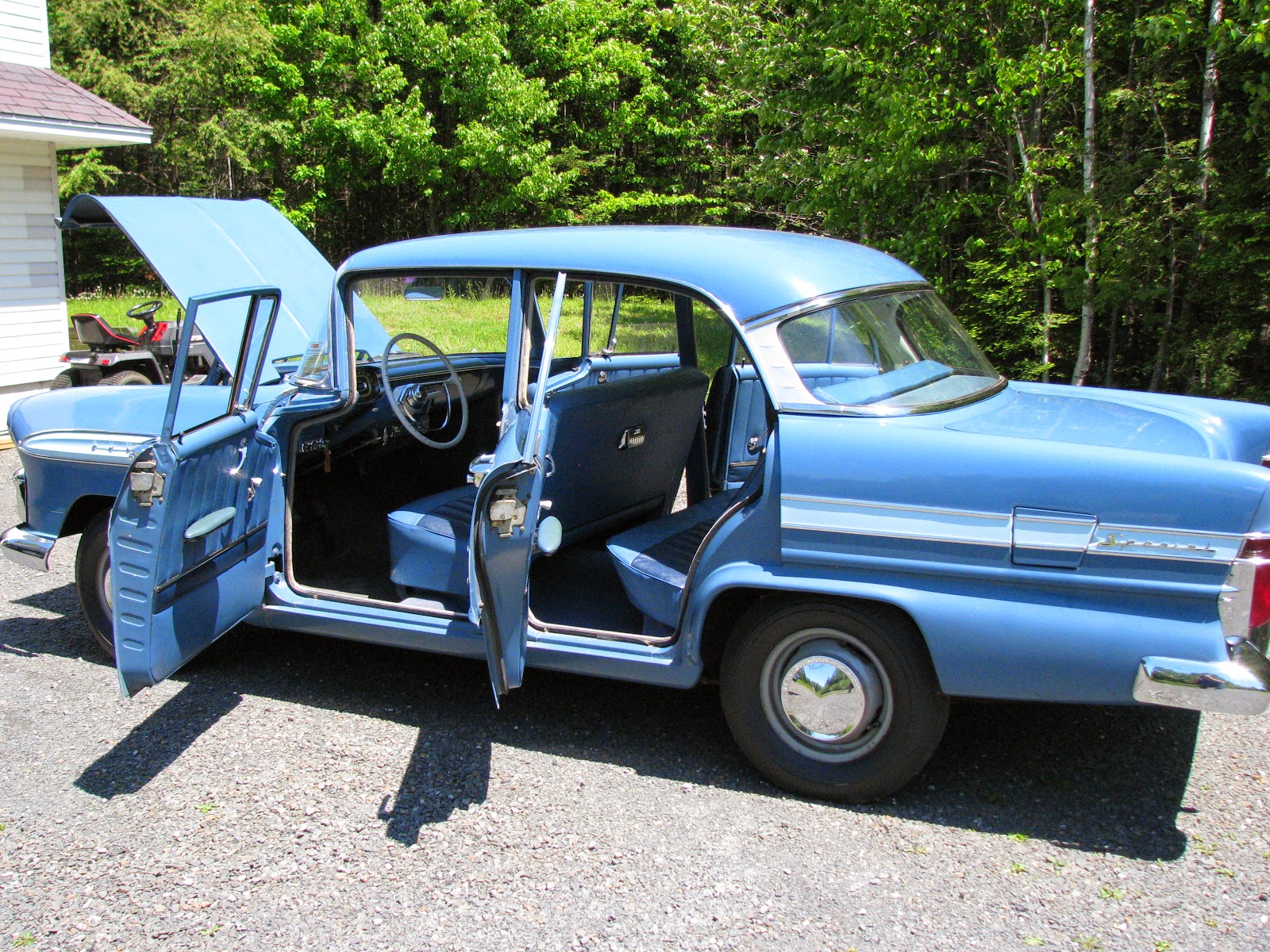 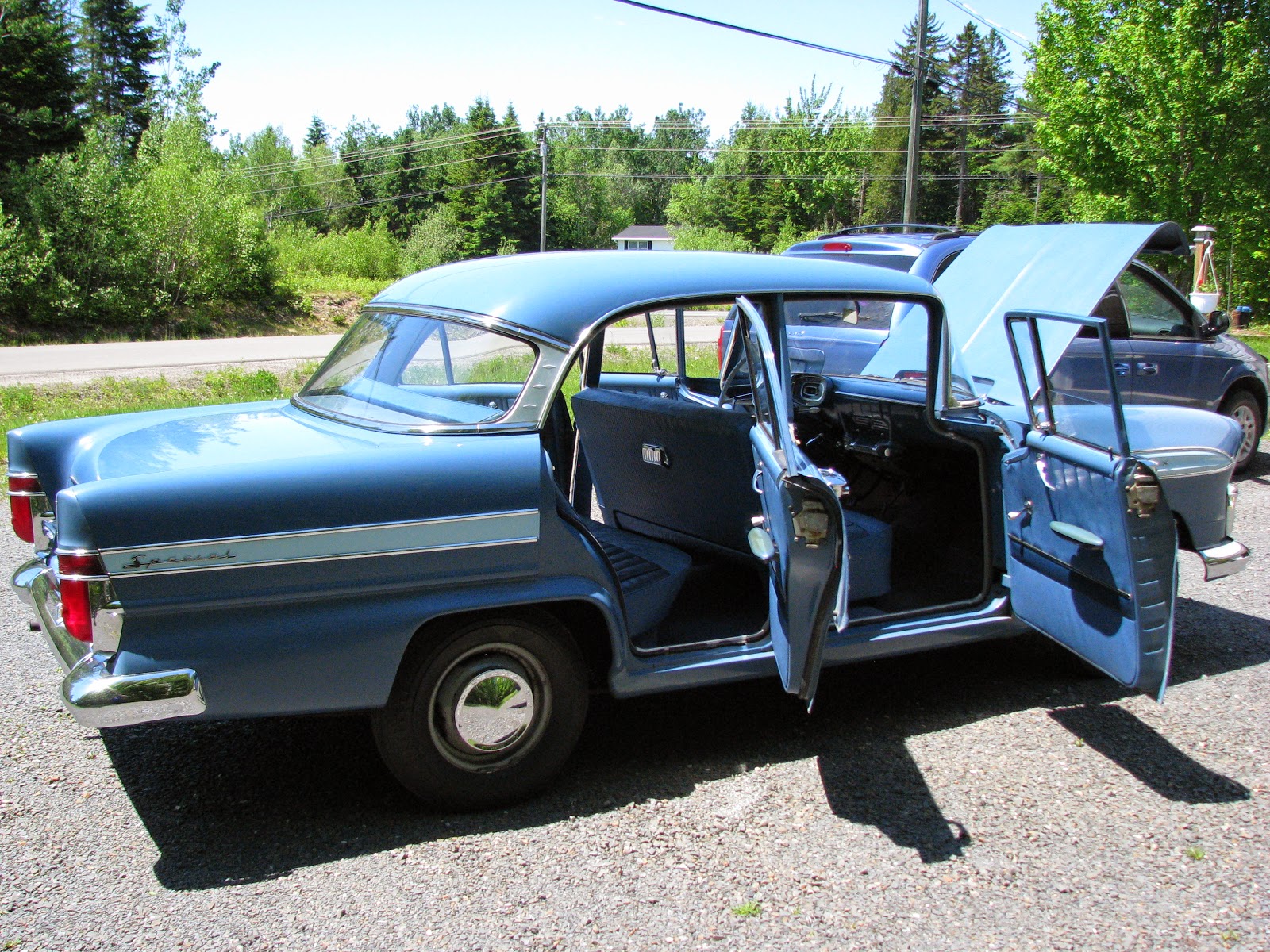 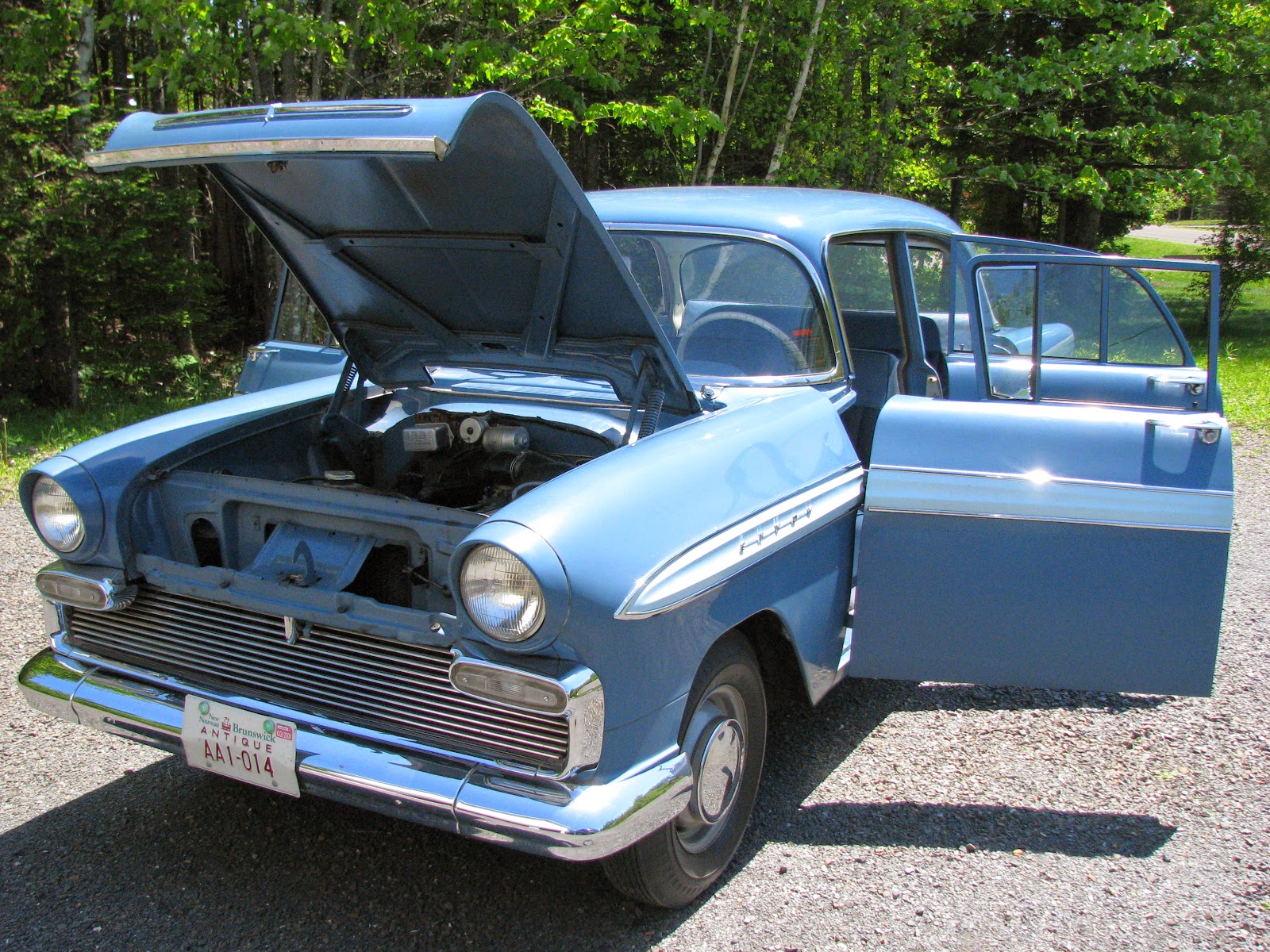 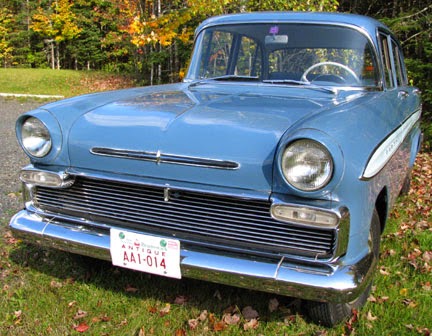 Posted by Burnt Orange at 5:46 PM No comments: